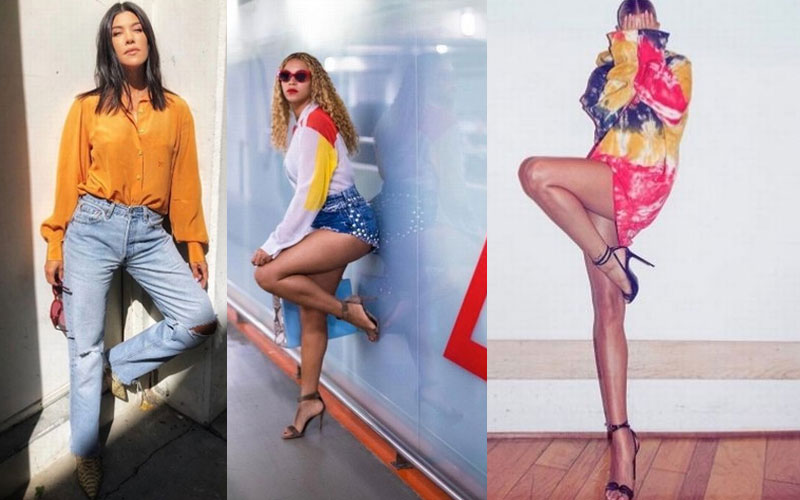 When it comes to getting that Instagram-worthy shot, you might panic when you have to strike a pose.

You'll readjust yourself several times to get it right, changing everything from your stance to your expression and the angle of the camera.

But if you're looking for a signature pose to adopt, there's a new one currently sweeping everyone's Instagram feeds - and even celebrities are loving it.

The flattering new pose is known as 'The Flamingo' because it involves flaunting your stuff while balanced on one leg.

The other leg is bent up at the knee, with your foot dangling in the air - just as the popular pink bird would stand.

To make things a bit easier for yourself, you could always choose to strike this pose while leaning against something - like a wall or a balcony overlooking the ocean à la Kendall Jenner.

The quirky stance has been seen on a number of celebrity accounts in recent days, with the likes of Hailey Bieber, Gigi Hadid, Winnie Harlow and even Beyoncé giving it a go.

Most of these stars also took it as an opportunity to show off their long, toned legs, posing in swimming costumes, shorts or mini dresses.

Before this, famous faces and social media stars had a simple - but somewhat controversial - go-to when it came to having their picture taken - the migraine pose.

This involved posing with one hand on their head as if they were suffering from a migraine.

Other previous Insta trends have included Barbie Feet, which saw people standing up on the balls of their feet as if they were wearing invisible high heels.

And let's not forget the 'Baby Giraffe' pose where you stood with one foot forward and one foot slightly behind, on tippy toes as if you're coming off a step.