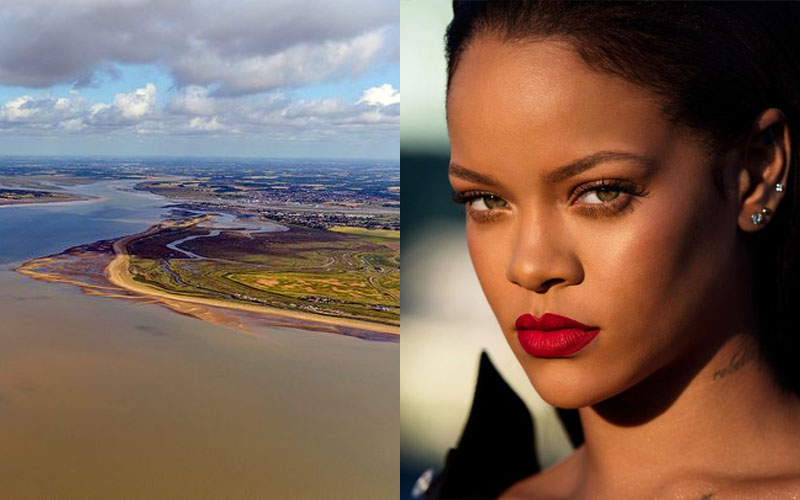 She hails from the Caribbean, so it’s no wonder Rihanna opted to rent an island to get cracking on music.

But her new studio is a world away from her home in Barbados – more than 5,000 miles away, in fact.

After relocating to the UK last year, the singer has frequently been holed up on an island in an estuary in Essex.

This week, Rihanna teased that she was preparing new material – her first offering since 2016 – revealing she was busy in a studio at 5:40am.

She has been renting a state-of-the-art studio on Osea island – which has its own gym, cinema and pool as well as quaint little cottages for her entourage.

The source said: “Rihanna has invited family to spend time with her while she works. She’s had a few stints in the studio since her last album, but she’s been really focused on her makeup, clothing and lingerie lines.

“But since she moved to London, she has had friends and family staying with her so she can work at her own pace, surrounded by the people she loves.”

Rihanna debuts on 'Sunday Times' Rich List of musicians at no. 3