If Harmonize gets married to Sarah, I will be heartbroken: Wolper confesses 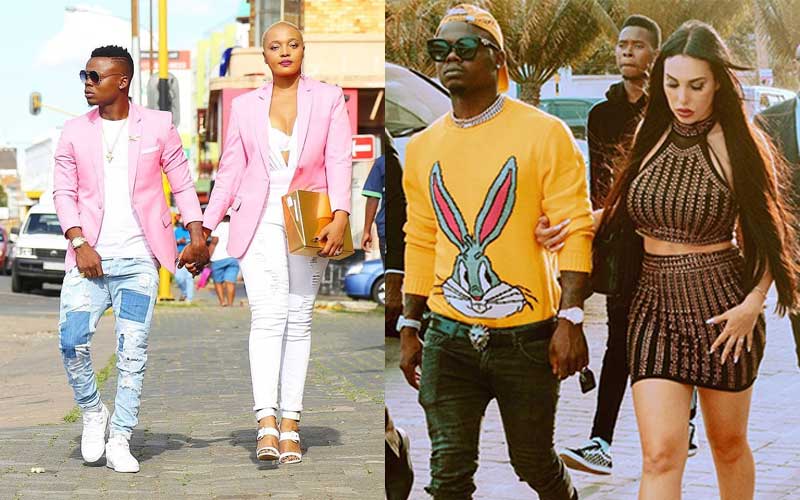 Tanzanian actor and socialite, Jacqueline Wolper is seemingly not happy that her bongo ex-boyfriend Harmonize is planning to get married.

The two, Wolper and Harmonize, dated sometime back in 2016 and seemed to be head over heels for each other judging from the posts on their respective social media pages.

In a twist of events, Harmonize ended up courting the said Sarah and even proposed to her a few months ago in front of her family and friends.

In a recent interview with Global Publishers, Jacqueline Wolper confessed if Harmonize got married she’d have a heartache.

The norm is, when you break up, you stay away from each other for some time and see if you can fix it.

Well, maybe that’s what Wolper hoped, (that they mend things) but Harmonize was already in another relationship.

This prompted a social media war between the two ladies over Harmonize, none of them wanting defeat.

Harmonize ‘back’ with Wolper

The bongo flava artist met Wolper at Wasafi Festival in Mtwara and walked up to her and hugged her by force as she was ignoring him.

Fans present were over joyed with the meetup and cheered them on.

Well, no they didn’t get back together. It was just a hug.

According to Sarah, her relationship with Harmonize was fine and after the hugging video went viral, Sarah had this to say,

“A lot of people ask me if we are still together ... this is my answer, YES see you soon bab @harmonize_tz.”

The two, Wolper and Sarah decide to bury the hatchet and seize the social media war.

To put this to test, Wolper went ahead to invite Sarah and Harmonize to her birthday party that went well.

Man smiling all the way to the bank for editing Davido, Wizkid photo