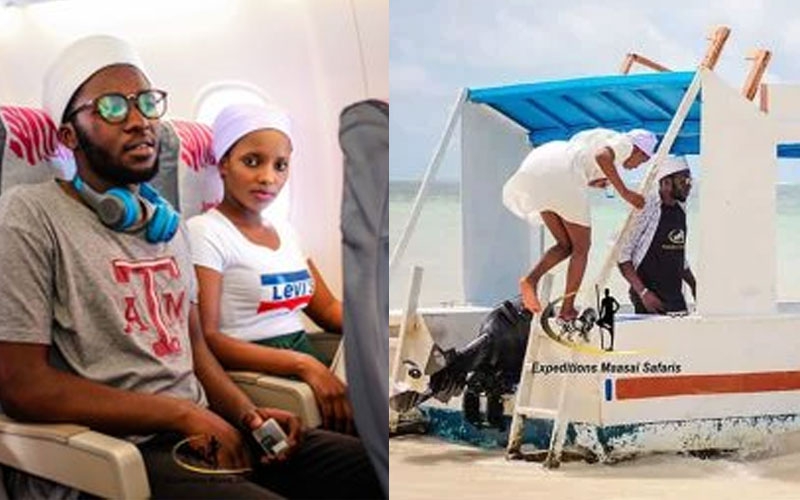 Akorino model Peris Wairimu popularly known as Pesh is out on holiday in Mombasa.

The model posted numerous pictures of herself on her social media with a mystery man and curious netizens want answers.

In one of the videos posted, the guy records himself saying he has never been to Mombasa and he appreciates Pesh for giving him the opportunity.

Here are some of her fans comments after posting the pictures.

Ready for a beach holiday experience ♥

On this holiday, however, Pesh has stayed away from swimsuits as she is seen in a loosely fitting dress by the beach.

A few months back, the model was trolled on social media  for showing ‘too much skin’ in a swimsuit.

Some felt the pictures needed to be pulled down as they were a disgrace to her religion.

Pesh took the pictures down issuing an apology to anyone that felt offended by her post.