A video of Opposition leader Raila Odinga dancing has left Kenyans on the internet excited.

In the undated footage, ‘Tinga,’ who is wearing a Kaunda suit is seen dancing in his typical fashion with a wide grin on his face.

Dancing under a white tent at night, a seemingly excited Raila is surrounded by equally animated dancers. 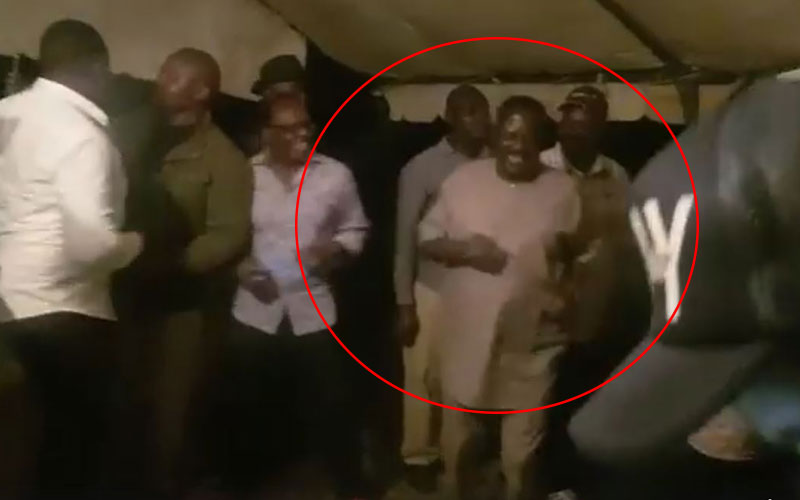 It seems dancing runs in the Odinga family as barely a month ago, his wife Ida Odinga was caught on camera dancing to Mose Fanfan’s Papa Lolo track during the 63rd session of the Commission on the Status of Women in New York.

Between ‘Baba’ and Ida, who’s the better dancer? You be the judge.

PHOTOS: Inside the house where President Uhuru was conceived in 1961