Annoying Kenyans ruining social media for everyone else

Last week’s news that WhatsApp has a new control measure that stops people from adding others to groups without their consent was received with excitement. This comes against the backdrop of all manner of annoying and irritating habits among social media users.

There are many dos and don’ts that Kenyans never observe on social media. To some, social media is a minefield of ignorance. Small wonder then that such types avoid the new media and related platforms at all costs.

And if they must be there, they rigorously vet their ‘friends’.

We now have various new platforms such as WhatsApp where half the time people drive each other up the wall.

We, for instance, have people who drag others into tribal or gossip WhatsApp groups without their consent.

The unfortunate bit about bit is that when you find such groups beneath you and leave, they take it personally and ‘catch feelings’.

Besides trolling, where social media uses, especially on Twitter, gang up and bully others, many generally behave badly on social media.

For Phillis Kiragu, a banker, nothing annoys her more like a random WhatsApp video call from an acquaintance in her phone book.

“The Facebook messenger video calling is the bane of my introverted existence. Social media has increasingly become annoying. Some people don’t even know you personally but insist on chatting you on WhatsApp. Others video call without prior notice, never mind you could be in a matatu or in the open air market,” agonises Kiragu.

Kiragu says, even if it wasn’t from a creepy stalker, she is not quite sure she wants to accept video calls out of the blue, even from a friend or colleague.

“I think video calling is fantastic, but I don’t want friends and acquaintances video calling me whenever I’m online just because they can. Facebook should just do away with this feature. There are other platforms to video call that are much more acceptable,” she says.

Then we have another annoying behaviour where people take screen shots of private conversations and forward them to third parties.

Such malicious individuals trick you into a naughty conversation, only to edit their nasty bits and share the screen shots in a bid to embarrass you when you disagree, like it happened between former lover birds; singer Otile Brown and socialite Vera Sidika.

This can be embarrassing, especially if you are a public figure. Such was the case when a born again celebrity, who keeps his political views private, found himself in trouble after a screen shot of his strongly worded political opinions was shared from what is believed to be a family WhatsApp group, leaving him with egg all over his face.

Despite the influx of social media sites in recent times, Facebook remains the most popular social networking platform. But we now have parents who send friend requests to their children or younger relatives, without knowing how inconveniencing it is.

Social media, like a night club or pub, is where young people go to express themselves and have fun.

Some do it using pictures or words they would never want their parents or older relatives to see.

“I have my mother’s Facebook friend request pending because some of the stuff I post or arguments I engage in or even some of the insults we exchange with some of my acquaintances are things I would not be proud if she read them,” says Mwangi, adding that young people find friend requests from older relatives or bosses uncomfortable for fear of being victimised.

Although all social media platforms bring out the absolute worst in people, Facebook takes the cake for the highest concentration of creeps and mad men and women. Facebook has an uncanny knack for attracting the most idiotic crowd, or so it seems. It probably doesn’t help that every teen and preteen owns a smartphone.

Research has shown that nowadays, children are getting their first smartphones at around age 10.

This explains why Facebook is teeming with irksome grammar and language errors, juvenile rants and general stupidity.

Every time you log on, you are likely to see at least three posts that make your hackles rise.

Facebook has been especially galling this political season of the handshake. With 2022 General Election already gathering steam, every halfwit with a smartphone and Internet access is dying to weigh in with daily updates on why his preferred candidate is the best.

Some people are contemptuous of petty politics on Facebook. Nonetheless, quite a number assume it is normal and even expected to agitate for their preferred candidate and sling mud at the competition.

To social media users like 34-year-old James Olum, elections are important but he feels the nags should spare people like him those long, impassioned posts about who should be our next president.

“Believe me, your zealous endorsements aren’t swinging any votes and if anything are only making you lose friends. I’d much rather spend my time online scrolling through funny cat videos and cute baby photos, not your silly political convictions,” he scoffs.

But there is another group of people that is far more annoying than that of people who post snooty, politically-motivated status updates: The people constantly complaining about those political posters.

The ‘unfollow’ button has been in existence since 2013. If you don’t want to see something, you don’t have to. If your news feed is being bombarded with political posts that tick you off, just hide these posts or unfollow the individuals.

You don’t need to go on a social media tirade about how political posts annoy you. It is an effort in futility because it will just fuel the fire. It is akin to trying to create order in an open air market.

Now, let us talk about the friends who try to sell you the infamous multi-level marketing and pyramid schemes. Pyramid schemes core business practice relies on recruitment and Facebook, with its masses, is the best platform to recruit unsuspecting investors.

“I have added friends in the past only to receive a message from them a few minutes later about a ‘wonderful’ business opportunity. The recruiters are usually very vague with the details of the business opportunity and will only urge you to go on a meeting where you will learn more about the ‘wonderful’ opportunity,” complains Kendi Wandia, a civil servant. 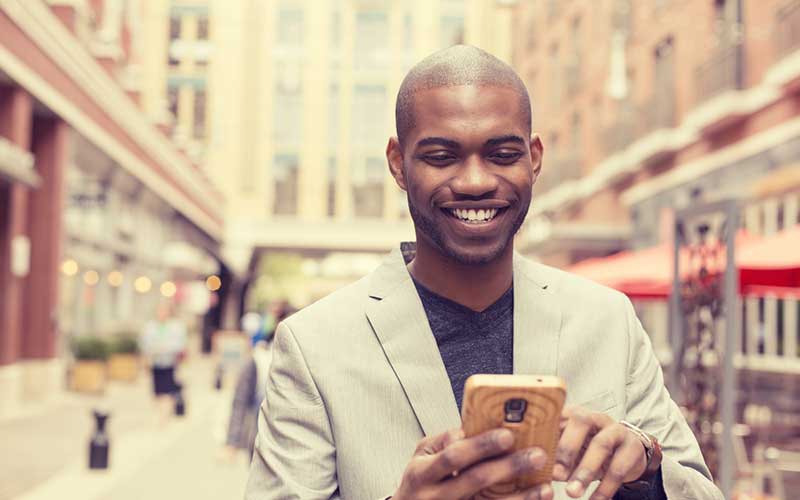 Words cannot accurately express how annoying it is when a ‘friend’ hits you up on social media, asking you to join a pyramid scheme.

Things can get awkward when a friend is constantly harassing you to buy products and join these schemes. Most people are all for supporting friends and their business ventures, but kindly, stop trying to recruit everyone into pyramid schemes.

“My Facebook is so overrun with these ‘business opportunities’ that I log off just as soon as I log in. It is very disconcerting when friends and acquaintances you haven’t heard from in years hit you up, but they are not just looking to reconnect. They are looking to recruit you into a pyramid scheme. Whether it is organic products, slimming products or travel packages, I have had enough of it all,” bemoans Kendi.

For the most part, social media is a great platform that helps to keep in touch with old friends and acquaintances and relatives.

We also get to share interesting articles, meet new friends who have similar interests as us and stalk our exes. However, there are a few who are ruining it for all of us.

What is the Tik Tok #fliptheswitch challenge

I begged some celebrities for help, they refused - Akothee on life before fame