Hallelujah: Ringtone to sue Willy Paul over song with Nandy

Kenyan musician Ringtone has come out gun blazing at fellow musician Willy Paul over his latest song ‘Hallelujah’ which the former termed as a 'fornication song.'

Ringtone who took to social media to post numerous messages to Willy Paul, has made it clear he is going to sue the fellow singer for disrespecting Christians with his new release which features Tanzanian singer Nandy.

"Willy Paul, as Christians in Kenya today, we feel so bad, so much disrespect. You’ve gone too far Willy Paul and this coming week from Monday, I just want to go to court. I want to sue you for disrespecting our faith. You know, this cannot continue like this. We feel so disrespected. I call on all Christians who are feeling disrespected like me we are going to fast and pray. We will pray against this,” he said

Ringtone further alleged that Willy Paul has been going around saying Nandy aborted his child: 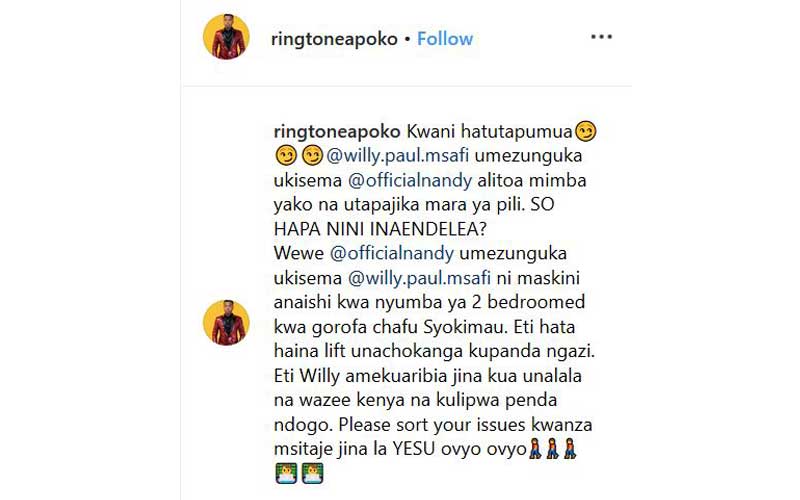 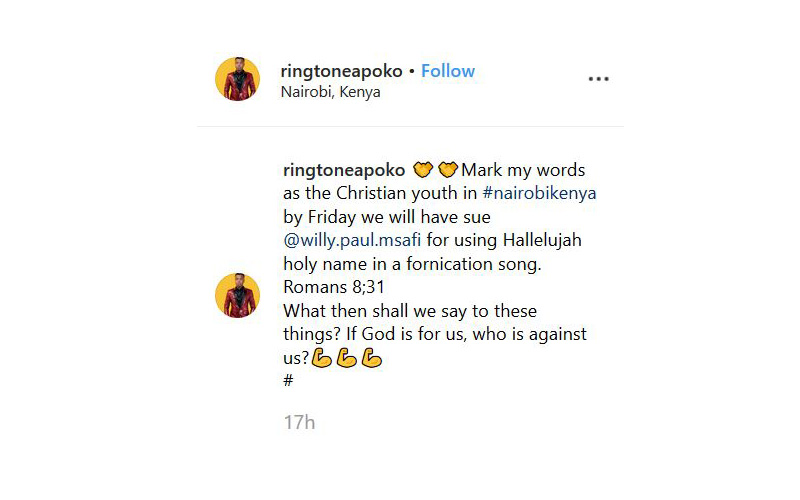 Willy Paul and Nandy are yet to comment on the threat made towards them by Ringtone.

Not too long ago in a separate post, Ringtone wrote a prayer to Tanzanian WCB artists on his Instagram telling them to repent and turn to Christ.

Ringtone offers to lead Willy Paul back to salvation

You think this is some TV show? King Kaka to Brenda Cherotich