The poems will continue: Itumbi responds to ridicule over Maribe ballad

On 18 December, Dennis Itumbi wrote Jacque Maribe a heartfelt poem for her birthday, with part of it reading:

“So here my birthday note,

At least one day this year find a very rainy mid-morning, I will come with an umbrella,

So that, I can hold just one raindrop for you, place it on your bicep and watch it roll down.

I ask for no more,

Just a chance to watch you re-introduce yourself in 2019,

With your wounds - Yes.

With your visible scars - Yes.

But with fresh stamina… Undeterred passion

Following the poem by a Itumbi, a photo of Maribe and her under-siege fiancé Joseph ‘Jowie’ Irungu embracing yesterday emerged, leading to some social media users ridiculing Itumbi.

However, Itumbi seemed undeterred by the ridicule, pointing out that the poems will continue even on her wedding day.

“Warren Riley the poems will continue. Even on her wedding day. I will perform a poem,” wrote Itumbi.

Here is a sample of reactions from Kenyans to Itumbi’s poem:

Bie Bie Dennis has a right to be Jacques friend. A boy can just befriend a gal without strings attached!

Gitau Wanyoike Joke of the year

Wangui Kariuki Dennis it is well with you. 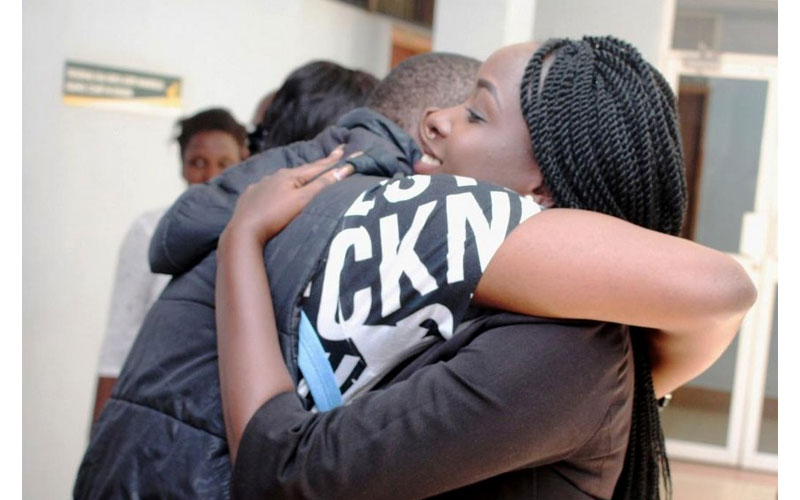 Arnold Schwarzenegger drops huge hint when daughter will give birth