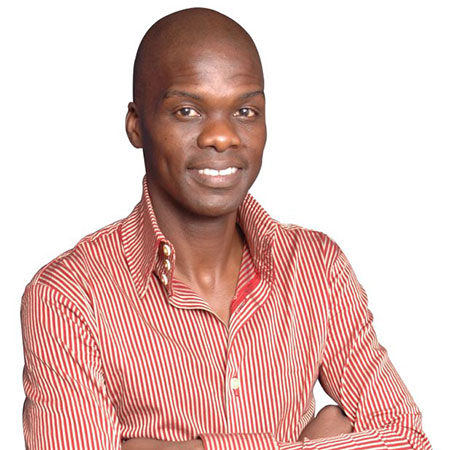 In Kenya, news of human beings eating grass screams witchcraft and is usually a punishment for stealing stuff that does not belong to them.

However in South Africa, eating grass according to one Pastor Lesego Daniel, brings you closer to God. He argued that humans can eat anything to feed their bodies and survive on whatever they chose to eat.

Lesego ordered his congregation to get on their knees and start munching the lush green grass telling them that it heals ailments.

And so they went, women and men, kids and the elderly took to the ground, feasting on grass like their lives depended on it.

When they were done, the good old pastor started stomping on them. Yep…he climbed on them and trod his feet all over the children of God.

At the end of it all, it would seem that the human stomachs refused the holy order and soon everyone was running for the toilets to throw up. Stomach ache and pains seemed to have replaced the festive munching of the grass.

The man of God was at hand to explain the turn of events. “God is at work and His people are testifying right now the farm. TO GOD BE THE GLORY”

But here is the worst part; Lesego's congregation swears by his methods and will probably orally mow the lawns again if asked to!

Ngirita says child suffering, pleads for money in her accounts